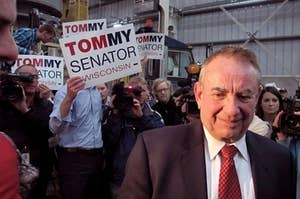 Jason Thompson, the son of former Governor and Wisconson Senate candidate Tommy Thompson, speaking this morning at a brunch attended RNC Chairman Reince Priebus said that "we have the opportunity to send President Obama back to Chicago -- or Kenya." A woman in attendance then chimed in "we are taking donations for that Kenya trip." A spokesman for Thompson did not immediately return a request for comment. Update The Thompson campaign emails: "The Governor has addressed this with his son, just like any father would do. Jason Thompson said something he should not have, and he apologizes." The spokesperson added that Tommy Thompson himself was not in attendance at the event. 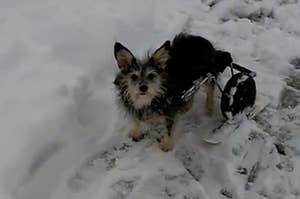 The World's Most Talented Handi-Capable Doggie

Tori is paralyzed in her back legs and uses a wheelchair to get around, but that doesn't stop her from enjoying adventures on the trails, trying skiing, and helping her mom with yardwork. If this little pup doesn't make you smile, I don't know what will. 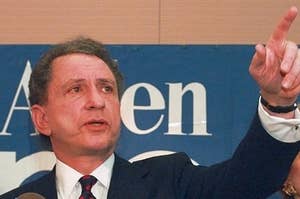 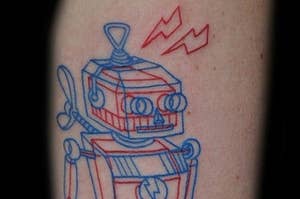 While it's true that some "nerd tattoos" are getting super old, if you get something original and true to yourself, it could be as awesome as these. 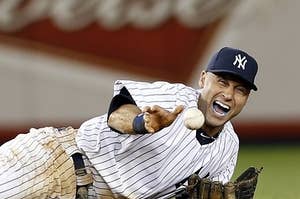 Derek Jeter Is Out For The Rest Of The Playoffs

An injury in the 12th inning of the Detroit Tigers' win over the Yankees, means the end of the Yankee captain's season. 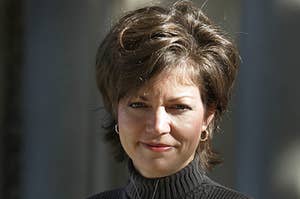 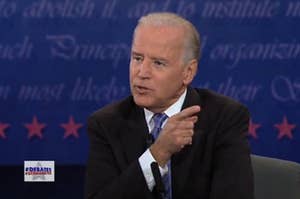 Auto-tune might be annoying in actual music, but it makes the stuff politicians say sound a lot cooler.