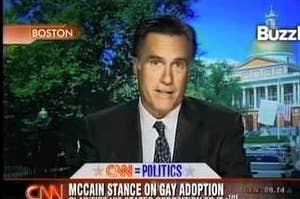 Republican Presidential frontrunner Mitt Romney's position on gay adoption is vague and a bit confusing. The former Governor told Wolf Blitzer in the clip below from 2008 that he didn't oppose gay adoption in Massachusetts, and didn't want to stop the courts from letting gay adoption go forward. [Update] Romney spokesperson Andrea Saul emails BuzzFeed: "Gov. Romney believes a family with one mother and one father is the ideal setting to raise a child. That doesn't mean adoption by other parents -- whether they be single or same-sex -- should be outlawed. States have to make decisions that are in the best interests of children, and where possible that should be in a home with one mother and one father." 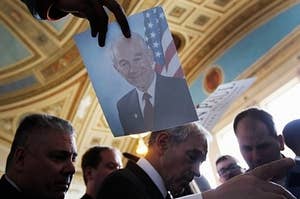 Would Paul Supporters Hold Their Noses And Vote For Romney?

Only if Rand was his VP, according to Paulites at a Michigan rally. 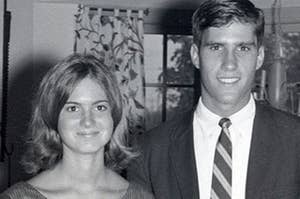 From the empty lot where his childhood home stood to his father's abandoned auto factory, a tour through the remains of the Romneys' Michigan. 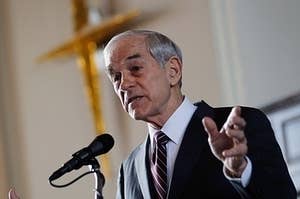 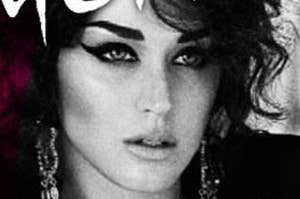 This Is Katy Perry

Or so Interview Magazine is claiming. 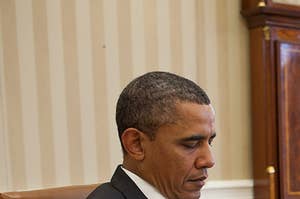 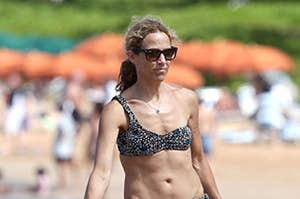 You can see her sternum and *spoiler* you aren't supposed to be able to see those. Also, Robert Downey Jr. got his meme on at the Oscars and Wyoming is trying to raise a standing army. These and other Buzz we missed await your clicking pleasure. 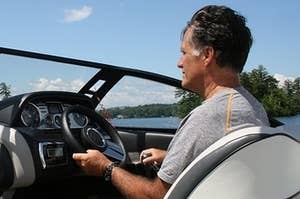 The Heroic Romney Rescue That, For Some Reason, The Campaign Doesn't Talk About

A late evening rescue of a capsized family in 2003 shows Romney at his bravest and most decisive. He saved the dog too. 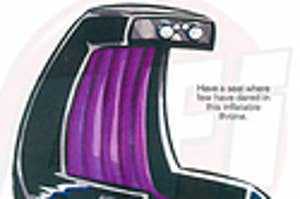 You will never own an inflatable Emperor's Throne. Thanks to Action Figure Insider you can now see all the great swag that was rejected in 1999 for the relaunch of "Star Wars". 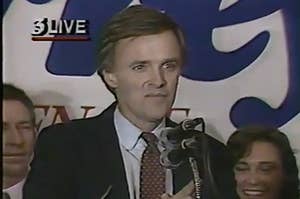 The Washington Post reports Bob Kerrey has changed his mind and will run for his old seat in the Senate. The former Nebraska Senator and New School President has been out of politics for over a decade. Here's a look back at some of the less conventional times in a quirky career. 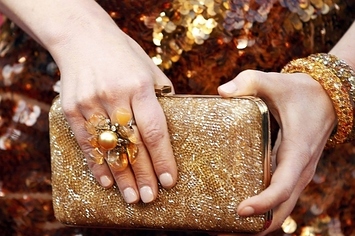 35 Best Accessories From The Oscars

Dress schmess. The gowns get all the glory, but the right (or wrong) amount of bling can make or break a red carpet ensemble. 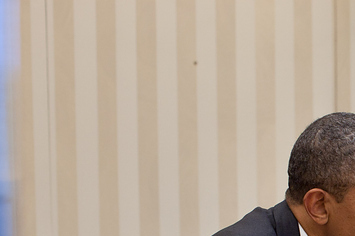 Seen On Flickr: Obama & Napolitano Study A Map Of Transport Connections Between Yemen And The US

Were they talking about the cargo terror plot in this meeting on January 31st? 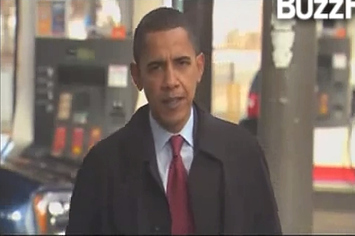 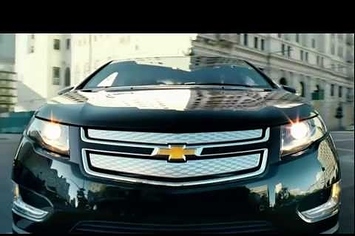 "The fire really helps me get to my destination faster for fear of my life." Funded by someone on the right who doesn't like electric cars ... we're not really sure whom. 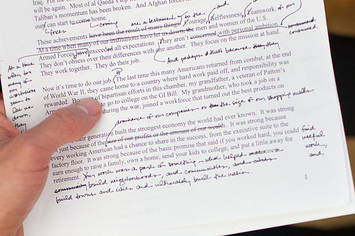 Obama's Handwritten Edits To The State Of The Union Address

From the White House Flickr feed, a version of the 2012 State Of The Union address with Obama's handwritten edits. That dismissive line about shopping malls was his.

The girl (how old is she??) tells the fortune teller that it will be her "first time." "I see it will be for love," responds the psychic, revealing a tarot card with Vladimir Putin's image on it. The tag line: "Putin. The first time — only for love." 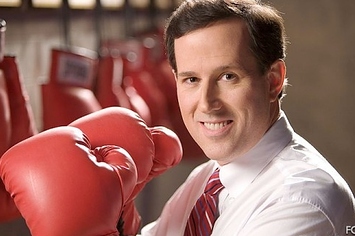 Republican Presidential candidate Rick Santorum is not one to back down from the controversial things he's said in his career. But in 2006 campaign the former Senators website featured a section "I heard around the water cooler," which sought to quell the firestorm surrounding his 2005 book It Takes a Family. Whether it was comparing abortion to slavery, saying unwed mothers shouldn't go to college, or saying diversity was bad, the document shows another Santorum attempt to relate to voters and play down his partisan image in 2006. 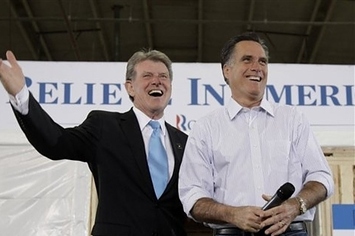 Governors Look To Santorum With Dread

They don't want to talk about social issues. “I don’t ever recall the President of the United States issuing a marriage license," Idaho's Butch Otter tells BuzzFeed. 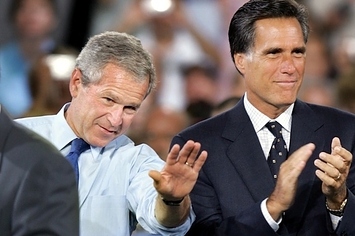 Romney Won Bush's Endorsement With No Child Left Behind Support

He's now attacking Santorum for supporting the bill. "We share a philosophy. It's a philosophy incorporated in the No Child Left Behind bill," President Bush said in 2002. 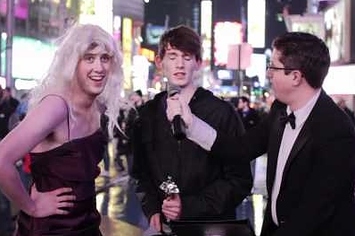 Because people minding their own business walking around New York City deserve to be accosted by people in formal wear and given awards too. 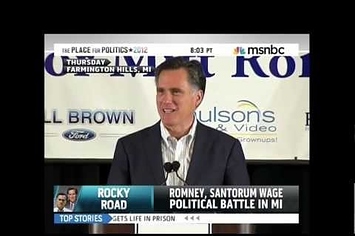 Some thought his line on Michigan — "The trees are the right height" — was kind of goofy. A reader tells us it was actually literary. 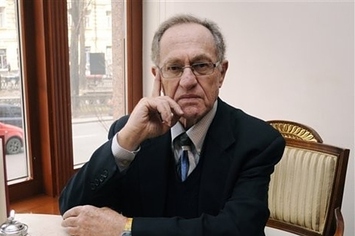 Dershowitz To "Campaign" Against Media Matters 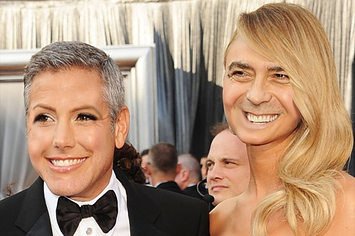