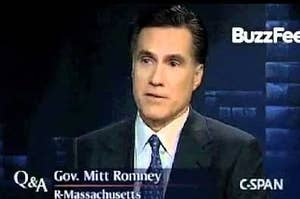 Republican Presidential frontrunner Mitt Romney has become fond recently of attacking Rick Santorum for his previous support and "taking one for the team," in regards to No Child Left Behind. But the former Massachusetts Governor also backed the unpopular Bush administration policy. Romney campaigned strongly in support of the measure between 2002 when he first ran for Governor and throughout the 2008 Presidential campaign, acknowledging his support would hurt him with the party's base. 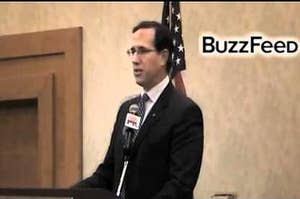 Republican Presidential candidate Rick Santorum has been making the rounds in the Netherlands virally. In an interview earlier this month, Santorum used outdated and exaggerated statistics to make factually inaccurate claims about assisted suicide in the Netherlands, sparking outrage in the lowland country. But a 2009 speech the Arizona Republican party, unearthed by BuzzFeed, shows Santorum has been making the claims for years, using as it part of his pitch to stop health care reform and the degradation of American values.