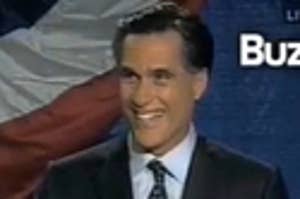 Mitt Romney In 2002 On His Tax Returns

Romney released his tax returns in January after weeks of pressure from Republican rivals, but that wasn't the first time he took heat on the issue. In 2002, when Romney was running for Governor, Democratic opponent Shannon O'Brien attacked him for not releasing his returns despite the fact that he had pressed Ted Kennedy to do the same in 1994. This was his response. 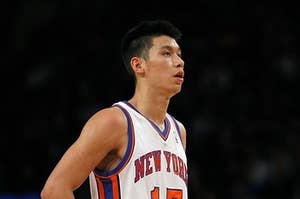 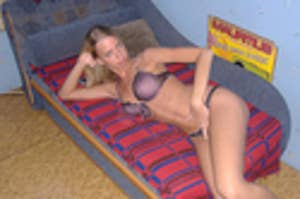 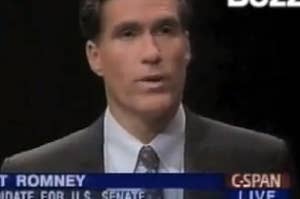 He's taken heat for comments about the foreclosure crisis he made in Las Vegas last fall: “Don't try to stop the foreclosure process. Let it run its course and hit the bottom.” But the former Massachusetts Governor hasn't always been wary of government involvement in the housing market: In his 1994 and 2002 debates, Romney talked about his support for government subsidized housing and government guaranteed loans. 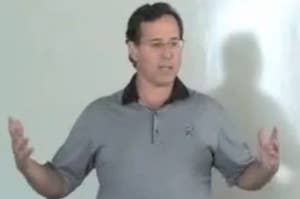 Santorum is at the center of a storm right now over his comment that Barack Obama follows a "phony theology" and an earlier suggestion that mainline Protestants aren't Christian. But this isn't the first time he's addressed Obama's faith. In August 2008, Santorum suggested that President Obama only joined a church to launch his political career: "Faith was an avenue for power." Santorum added, "I never judge someone's faith personally." 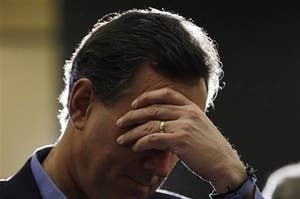 Santorum Writes Barack Obama, Millions Of Protestants, Out Of Christianity

Excommunication didn't used to be in a Senator's purview.