8 People Who Think Todd Akin Had A Point About Biology, Rape

Reporter, radio host, and others stand behind Rep. Todd Akin's views on women being less likely to get pregnant through rape. 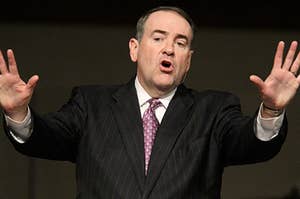 He's at the center of the Akin mess, and of conservative politics. Arkansas' Ed Koch? 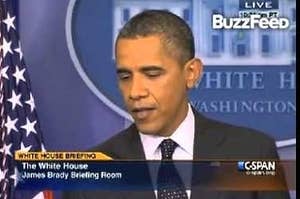 President Obama Denies Linking Romney To Woman's Death, But The Claim Is On His Campaign Website

President Obama said today in a press conference that he didn't think Mitt Romney was responsible for the death of a steelworker's wife portrayed in an ad by his SuperPAC. The President then added the ad wasn't run or produced by his campaign and barely ran. But a similar claim exists on his website in a slideshow linking Romney to the woman's death. 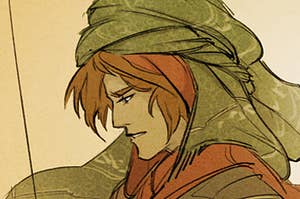 I believe the phrase "Shut up and take my money!" is applicable here. Hey Nintendo, make this premise! 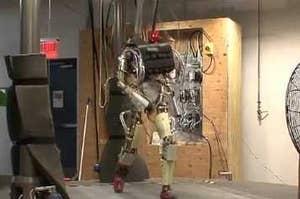 Can machines have swag? The answer is obviously yes. 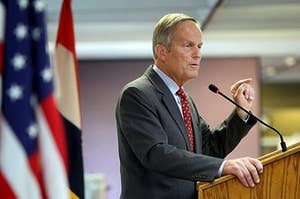 Sean Hannity To Akin: Your Comments Were Harmful To The Party, The State, Winning The Senate, And Mitt Romney Winning Missouri

The conservative radio host absolutely brutally told Republican Missouri Senate candidate Todd Akin that his comments were harmful to the Republican Party and he should think of dropping out in an interview on his radio show today. 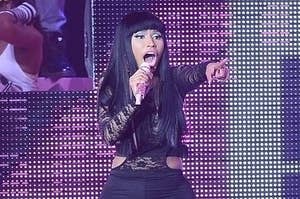 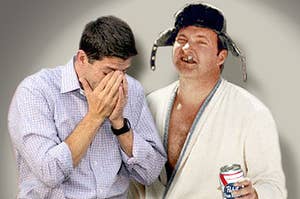 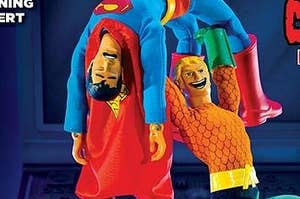 He's had it up to HERE with the jokes. And he's out for revenge. 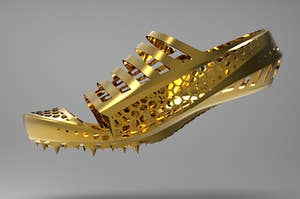 22 Things That Will Be 3-D Printed

These days, pretty much anything can come out of a three-dimensional printer. Anything. 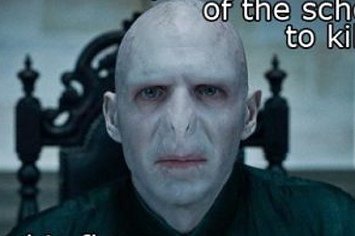 Voldemort Isn't Such A Bad Guy And Other Links

Even He-Who-Must-Not-Be-Named has priorities. Plus, find out how corporations manipulate human behavior and check out some scandalous 1950s men's fashion. 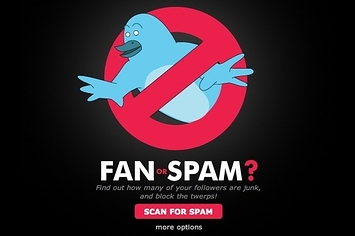 It's for the greater good. Of Twitter. And the internet. And it's kind of fun. Here's how to do it. 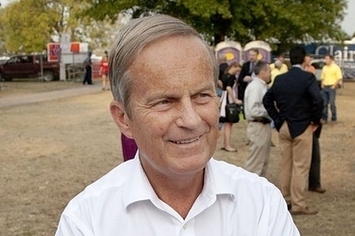 The controversial candidate is "taking concrete steps." UPDATE: Another Republican close to Akin says he's "in the campaign." 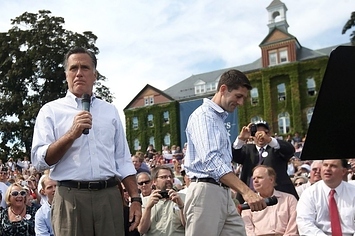 They tend to care more about student debt than national debt — and, as these videos show, he doesn't quite have an answer for them on that issue. 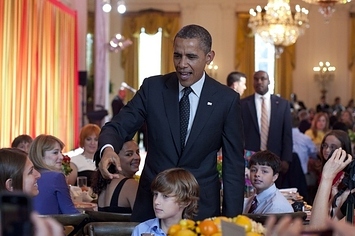 "We shouldn't have a bunch of politicians, a majority of whom are men, making health care decisions on behalf of women." 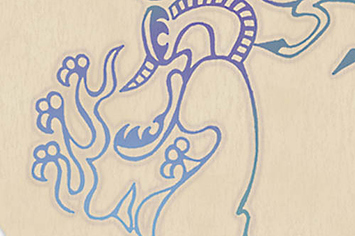 Nothing is original. Without context, one could think to find these intricate designs on any modern tattoo enthusiast. (Warning: One Skeletally Graphic Image Inside) 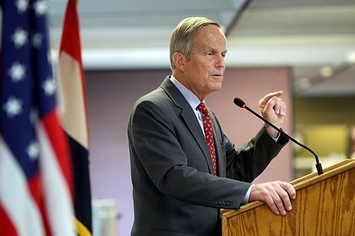 Apologizes for "legitimate rape" comment but refuses to back out of the race. 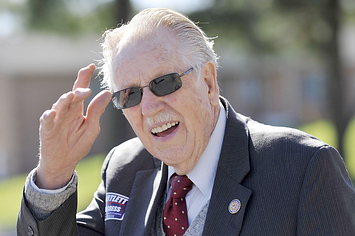 "If I woke up tomorrow and none of these things that are all around me today were there, what would I need so that I and my family and my friends would be okay?" He's also hoarding precious metals. 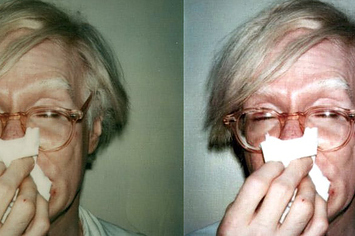 The Anti-Instagram Filter Works On Actual Old Photos Too

Normalize is a clever iOS app that restores over-filtered Instagram photos to their clean, clear, original beauty. But it kind of works on real retro photography as well. 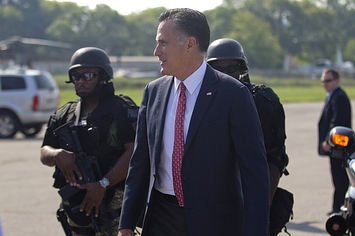 Romney Campaign's Statement On Abortion Is A Move Toward The Center, And Away From Ryan's Past

The Romney campaign responded to Todd Akin's claims about pregnancy and rape by contradicting Paul Ryan's previous hard-line position. Romney may be recognizing that while Ryan's anti-abortion record pleases some conservative groups, it may not win the election. 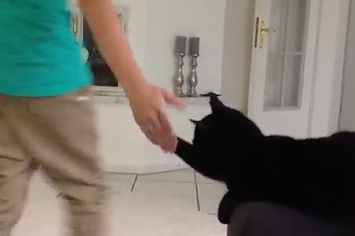 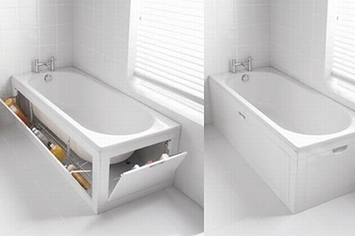 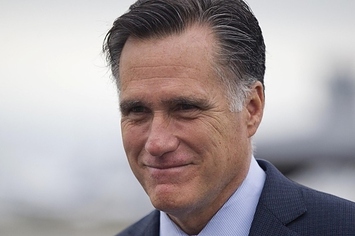 A new campaign promise, and an attack on Obama. He'll be reporting back, he says. 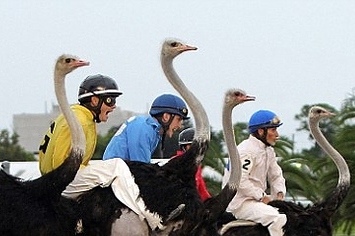 Let's Go To The Ostrich Races Tops The Morning Links

Can this be an Olympic sport please? Also, the 7 deadly sins aren't that bad for you and 5 overrated college football teams. 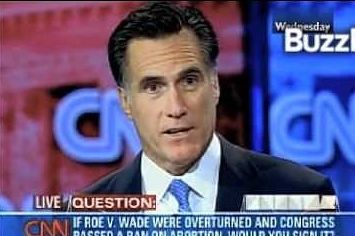 The Romney campaign released a statement criticizing Missouri Republican Senate nominee Todd Akin: "Gov. Romney and Congressman Ryan disagree with Mr. Akin's statement, and a Romney-Ryan administration would not oppose abortion in instances of rape."But a 2007 statement by Romney at a debate might muddy Romney's statement, in which Romney said he would be "delighted" to sign a bill banning all abortions, saying it would be "terrific" in we reached consensus in the country. Update Mitt Romney's 2007 "on the issues" page notes he supports exceptions in cases of rape and incest, but also notes that abortion should be a state issue. Update The Obama campaign says in a statement: "While Mitt Romney and Paul Ryan are working overtime to distance themselves from Rep. Todd Akin’s comments on rape, they are contradicting their own records. Mr. Romney supports the Human Life Amendment, which would ban abortion in all instances, even in the case of rape and incest. In fact, that amendment is a central part of the Republican Party’s platform that is being voted on tomorrow." 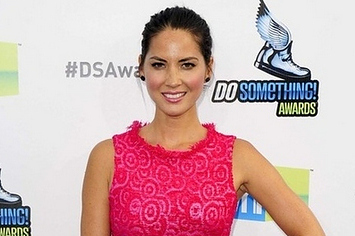 Fashion At The 2012 Do Something Awards

Among the celebs who turned up for this year's "Do Something Awards" were Aubrey Plaza, Olivia Munn, the guys of Fun. — as well as what might be the first public appearance of costars-turned-couple, Lea Michele and Cory Monteith.