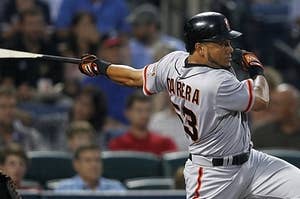 During the last tech boom, the sex industry rode on top of the piles of cash pouring into and of the Valley. That's not happening during the current tech bubble. 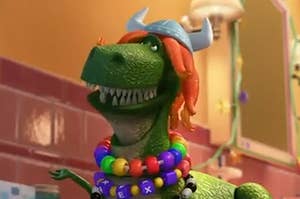 Little arms are far superior to no arms. Partysaurus Rex will premiere with the re-release of Finding Nemo 3D on September 14th. 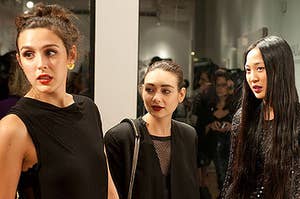 If you're as obsessed with petty high school class warfare as I am, you could easily become hooked on Bravo's new reality about young women trying to make it in the art world. Anyone who's looking for an accurate portrayal of people doing serious work at an art gallery — you're missing the point. Here are the four main reasons why this show kind of rules. 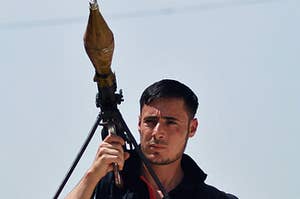 Hey girl. Nothing sexier than fighting the oppression of tyranny. 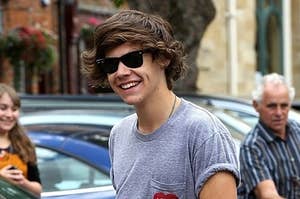 Harry Styles Dressed Up In A Really Creepy Bodysuit

Warning: may give you nightmares. The One Direction singer gets all Slim Goodbody. 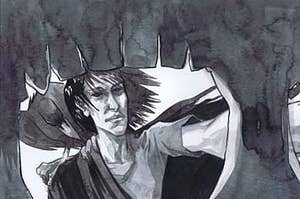 Concept Art From Neil Gaiman's "Sandman" Movie And Other Links

Don't get excited, the studios already turned the pitch down. Also, CIA plots that are stranger than fiction and all the things you didn't get around to this summer. 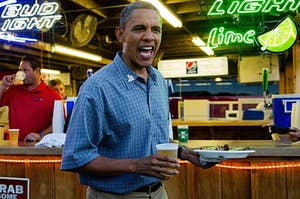 Plastic cups, a pork chop, and memories of 2008 to remind him "he’s the underdog." A boozy jab at Romney’s lifestyle? "Four More Beers!" 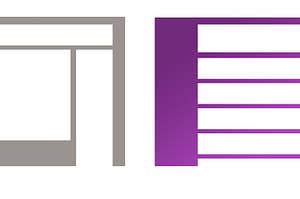 Anil Dash makes the case that the internet should be published in streams, not sites. If Facebook and Twitter are the new homepage, who needs a frontpage â€”Â or, he argues, any "page" at all. The RSS nerds were just 15 years too early. 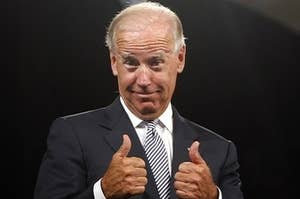 Biden In 2011: Paul Ryan Is A Decent, Honorable, Smart Guy

Rep Paul Ryan is now the target of fierce Democratic attacks. At a 2011 fundraiser in New Hampshire criticized Ryan's budget but Biden praised him twice as a "decent, honorable, smart guy — he really is. I don't want to hear Democrats saying he is a bad guy." 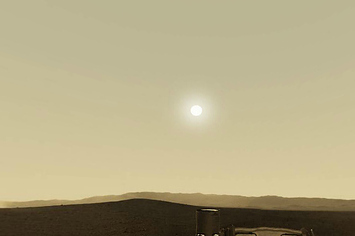 Is anyone else constantly surprised by how Earth-like everything looks? Of course, what else would it look like? 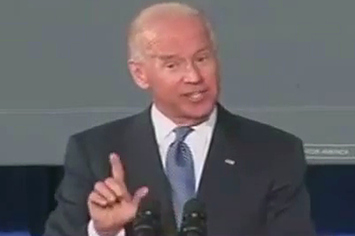 Biden Vows Not To Change

The VP adresses his "chains" remark with a promise not to change. 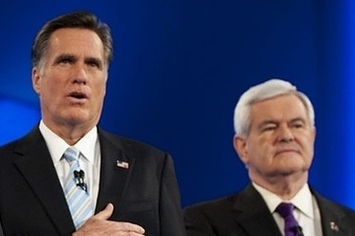 Romney: "No Whining In Politics"

Mitt Romney complained yesterday that the President's campaign was "wildness and reckless," "angry and desperate," adding "his campaign strategy is to smash America apart." But during the Republican primary Romney had a different tone on negative ads saying politics isn't "beanbag" and that "there's no whining in politics" when Newt Gingrich complained. 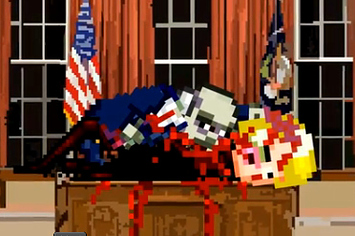 Would you prefer your streets to run red with blood...or communism? President Bedford has the brains Washington needs...tasty, tasty brains. 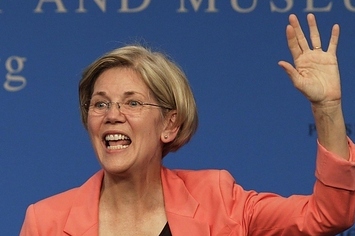 Elizabeth Warren Runs As The Left's Answer To Paul Ryan

The liberal champion of the left picks a fight on the stump. "There's now no escaping the basic vision of the Republican Party." 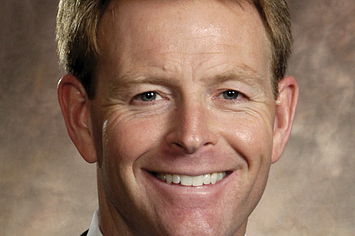 Violence at the Washington headquarters of a conservative group. 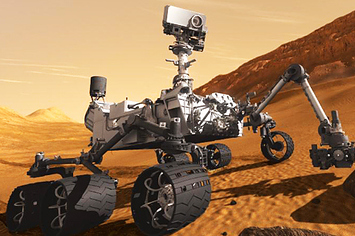 No, it's not for the Mars candy bar. 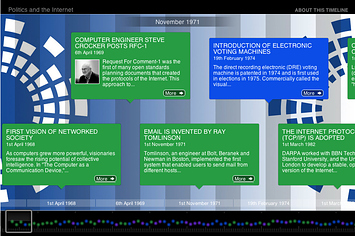 6 Ways The Internet Is Transforming Politics

BuzzFeed speaks with techpresident co-founder Micah Sifry about the complex, changing relationship between politics and the internet. Sifry released a timeline yesterday that charts their interaction over the past four decades. 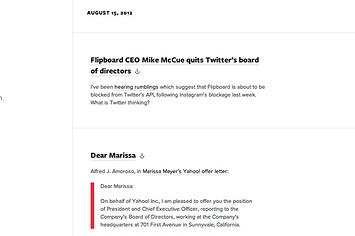 A flood of minimalist sites and services hints at a stripped down future for the internet. Web 4.0 doesn't have any ads. 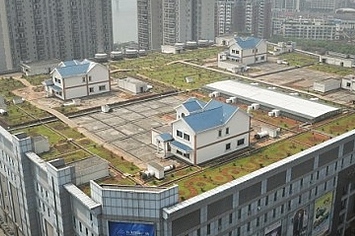 You'll never guess where this house is situated. Plus, find out which professions drink the most coffee and if Google Earth just uncovered lost pyramids. 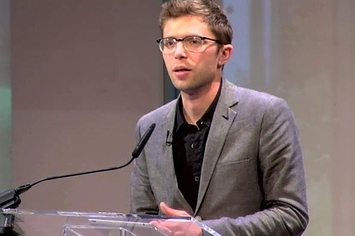 The writer, forced out of the New Yorker for fabricating a quote, keeps his contract, a spokesman confirms. A risk for the magazine, and a shot at redemption for Lehrer. 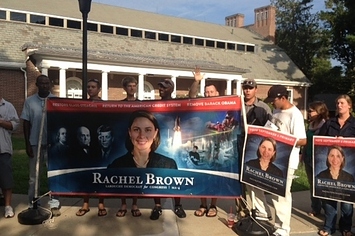 Rachel Brown is running for Frank's seat again, but doesn't have him to kick around anymore. 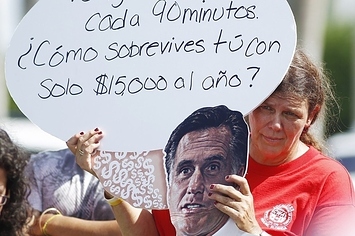 Why The Presidential Campaign Got So Mean Tuesday 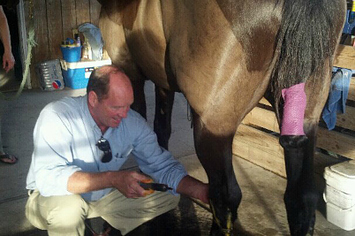 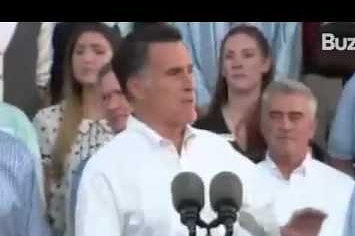 Romney Just Said A Lot Of Harsh Things About Obama

"Take your campaign of division, and anger, and hate back to Chicago." But Madden insists he was "seizing the high ground." 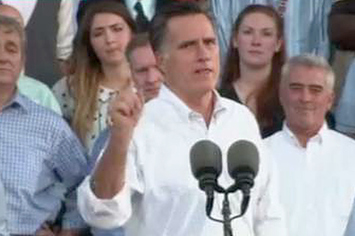 Intense rhetoric from the the Republican nominee.