YouTube, Twitch And OnlyFans Creators Are Seeing Their Audiences Grow As The Coronavirus Spreads

"I guess more people are bored being quarantined at home all day," one influencer said. 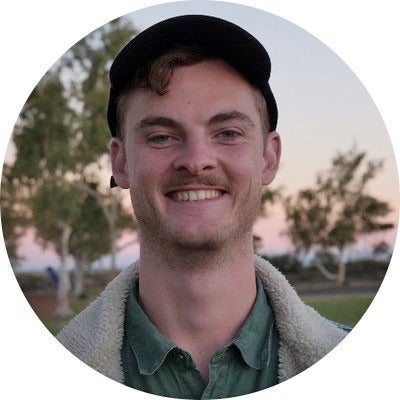 Jem Wolfie is an Australian influencer with more than 2.7 million Instagram followers. She also has an account on OnlyFans — a website where people sell subscriptions to pictures or video content — where she posts more "risqué" images to people who pay USD$10 a month.

Her OnlyFans subscriptions are booming right now, Wolfie told BuzzFeed News. They've grown by 25% to more than 25,000 in a short amount of time, despite Wolfie posting the same amount of content as usual.

The big thing that's changed during this period of growth? The global spread of COVID-19, the disease caused by the coronavirus.

"I guess more people are bored being quarantined at home all day," she said.

Online content makers such as Youtubers, Twitch streamers and OnlyFans creators mostly say they're seeing audiences swell as people look to entertain themselves while in quarantine or social distancing.

But a precarious economic climate — in which lots of people are either losing their jobs or fear they might soon — and a stampede of other people joining the platforms to cash in on the new eyeballs means that the current increase hasn't been a windfall for many creators.

Twitch is a livestreaming platform that allows people to broadcast a video of whatever they're doing to a global audience. Originally, this was mostly people streaming themselves playing video games, but has expanded to include people talking, musical performances and other live events.

Twitch's chief operating officer Sara Clemens declined to tell BuzzFeed News if there had been an increase in activity on the platform, but did say the company was being contacted by organisations hoping to livestream "large-scale events and experiences" that had been cancelled due to COVID-19 fears.

Data from a third party Twitch analytics website TwitchTracker suggests that more people are streaming and watching in the past few weeks.

The website's spokesperson Dmitry told BuzzFeed News that February and March 2020 have had the highest average number of people watching broadcasts on the platform at the same time. There's been an 18% increase in live broadcasts, he said, in each of the last two weeks.

AngelMelly is a Twitch streamer who broadcasts herself singing, gaming and chatting to her 160,000 subscribers. She's noticed a big increase in interactions, views and subscriptions since people started self-isolating and social distancing. And AngelMelly thinks events of the past few weeks brought her fans together.

"In person we have to avoid large groups of people, but a lot of my fans have befriended each other now, supported the streams more and feel less bored/depressed at home," she told BuzzFeed News.

Gaming Twitch streamer Bajo has seen a similar bump in numbers when he broadcasts to his 60,000 subscribers.

"Noticed a few more people staying home, that's for sure," he wrote in a message. "But not a massive uptick."

While he's happy there's a growing audience, Bajo cautions that more viewers doesn't necessarily mean that streamers are going to be earning a lot more. He said a lot of his subscribers are casual workers who have no shifts for the foreseeable future.

"As people aren't working as much it might actually be a bit worse for streamers financially, but better with views," he said.

"I do really get the feel that people are looking for more to do online," THEHONEYBADGERX said of his 200 new subscribers. "And I've have had some feedback suggesting people are using my onlyfans to kill some of their boredom haha 🌷🌷."

An OnlyFans spokesperson said the platform had received 1.85 million new registrations (both content creators and consumers) since Feb. 29. Between March 6 and 17, there was a 75% increase in people signing up.

OnlyFans creators said they have also noticed more competition for the audience from new creators.

"It's increasing but at the same time more models are making online accounts," Amiee Louise wrote. "Once [strip] clubs shut, more women will be working online."

"I have had to discount lower for everything to get the audience as a lot of new sex workers are joining the platform to try and make some money," Aussieblair said.

Meanwhile, Australian YouTuber Fynnpire said he hadn't noticed any significant influx to his 645,000 subscribers or his video view count.

A YouTube spokesperson said the company doesn't share its daily or weekly view counts, but claimed certain types of videos are seeing increases — for instance, videos with "cook with me" in the title are receiving twice the number of average views in March 2020 than they did in March 2019.

Nadia Bokody is a YouTuber who has seen a bounce in audience metrics. She said she's seeing more people among her channel's 226,000 subscribers view and engage with her videos. She thinks the channel's subject — sex and relationship advice — may have something to do it with it.

"It's been interesting to see a notable increase in people wanting to improve their sex lives in the past couple of weeks," she said. "More time consuming YouTube videos isn’t the only thing I think we’re gonna see an increase in during this period 😉."