Because the only thing better than a Pumpkin Spice Latte in the fall = a CONCERT. 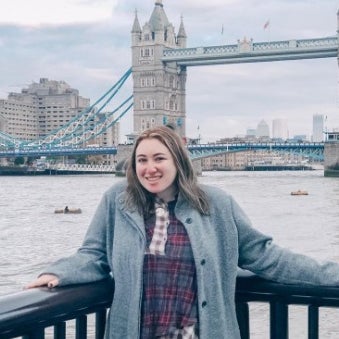 We hope you love the products we recommend! Just so you know, BuzzFeed may collect a share of sales or other compensation from the links on this page. Oh, and FYI — prices are accurate and items in stock as of time of publication.

1. Bruno Mars is continuing his wildly successful 24K Magic world tour this year, hitting stops in Australia, Europe, and North America. Put your pinky rings up to the moon! But then put them on your computer so you can buy tickets.

2. Beyoncé and Jay-Z are currently on their "On The Run II" Tour hitting stadiums across North America with openers Chloe & Halle and DJ Khaled, and will continue into early October.

3. Niall Horan is going to give you goosebumps and melt your heart with heartfelt songs off his debut solo album Flicker and his precious smile.

5. Sting + Shaggy are the iconic duo you never realized you needed. They'll be heading out for a one-month stint to promote their collaborative album 44/876.

6. Troye Sivan is iconique, and I will not let you betches tell me otherwise. Ok, but for real, you are seriously fooling yourselves if you don't buy a ticket to his upcoming tour.

7. BTS are headed for world domination, TBH, and the North American leg of their tour will invoke screams from their dedicated fanbase like no other show you've been to, that's for sure.

8. Ed Sheeran is continuing his popular ÷ tour this year after it saw huge success in 2017, but in an upgrade from arenas to stadiums.

9. 5 Seconds of Summer are BACK AND BETTER (and more grown up) THAN EVER! You'll have to excuse my yelling, I cannot get over Mikey and Cal's jumps in this photo, LIKE THEY ARE IN THE AIR AND I'M HYPERVENTILATING?!?

11. Justin Timberlake has suit and tied himself up on his current tour that'll take him into 2019. I'd say that with a gig as Superbowl Half Time performer and the release of his Man of the Woods album, he's having a pretty great year.

12. Chris Stapleton is undoubtedly one of country's hottest names and if you can't take my word for it...then maybe, sorry, I mean, definitely go find out for yourself.

13. Taylor Swift is currently on the road with her big reputation...literally — her long-awaited, extremely fucking awesome Reputation stadium tour.

14. J. Cole is on an arena tour that kicked off in early August and will take him and his incredible opening act lineup around North America through mid-October.

15. Fall Out Boy are currently getting ready to kick off another North American leg of their M A N I A tour at the end of August, so get ready to "Dance, Dance" the night away.

16. Lady Gaga isn't going on a fall tour, and technically isn't even going on an actual tour, but her upcoming Las Vegas residency deserves a spot on this list for the sole reason that it's going to be so iconic, you'll need to spend all of autumn mentally preparing for it.

17. Keith Urban is continuing his tour into early November, so if you haven't had a chance to catch his luscious locks, soothing voice, and heartwarming smile yet this year, now is your chance!

18. Drake is currently on the road and will be throughout the fall on his "Aubrey & the Three Migos Tour," and there aren't a lot of things that I'm definite about, but your need to get tickets to this tour is one of them.

19. PRETTYMUCH is your new favorite boy band, you just aren't aware of that yet, and if you are, then kudos to you and your fabulous taste in music. You have a month to catch them on their tour this fall, and you won't wanna miss out.

20. Florence + The Machine are currently on a can't miss tour that'll take them on the road through the fall. Plus, they'll have lots of extra special guests joining them.

21. Luke Bryan is currently on his "What Makes You Country" tour, and if there's one thing this handsome, country-singing, American Idol-judging guy has taught us, it's that there's nothing he can't do.

22. Maroon 5 are ready to give you one hell of a fun night at their Red Pill Blues tour that kicked off at the start of the summer.

23. Nicki Minaj is FINALLY back with her new killer album Queen — seriously, give it a listen if you haven't already. She's hitting the road come mid-September with Future and visiting an arena near you.

24. Phil Collins is going on a short tour this October — and by short, I mean literally less than a month. But that's ok, because the "Not Dead Yet, Live!" tour will be a celebration of his amazing career, which is huge.

25. J. Balvin is going on tour in support of his new album VIBRAS. You've probably heard (and love) one of his number one singles like "Mi Gente," or "Machika," and you've definitely at least heard one of his awesome collabs with artists like Beyoncé, Liam Payne, Camila Cabello, Justin Bieber, and Cardi B — just to name a few.

26. Elton John is officially ready to retire from touring...in 2021 that is. His upcoming "Farewell Yellow Brick Road" tour will be comprised of a whopping 300 shows around the world, so yeah, this one is a must on your to-do list. I think you can find it in you to clear a night in your schedule in the next three years.

Want even MORE concert goodness? Check out these links:

15 Reasons You're Gonna Want (No, Need!) To Buy A Ticket To Taylor Swift's "Reputation" Tour

18 Of The Coolest Concert Venues In The United States

Looking for the perfect gift for any occasion? Check out all of BuzzFeed’s gift guides here!

Find great products and the best-money saving deals around, delivered right to your inbox.