Kevin did not really start out wanting to be a writer or journalist or photographer, although he published his first short story in his school literary publication when he was only seven. He first wanted to be an astronaut and then a racehorse jockey. But as he grew to a height of 5-foot-19 by his senior year of high school, those career choices turned out to be dead-ends. So, Kevin sought to take advantage of his height through a lucrative basketball career. He played roundball for the Lake Highlands High School Wildcats and Richland College Lakers in Dallas, but his career was derailed by a knee injury. Later at the University of North Texas, he was embroiled in two Intramural sports rule violation scandals that he openly wrote about for the student newspaper. Knowing he could not rely on playing sports to make a living, Kevin figured he better learn something. He became one of the few in his 1981 UNT graduating class to actually use his journalism degree for more than three decades. He has worked as a journalist and photographer for many newspapers and magazines, including The Washington Post-affiliated Gazette, The Dallas Morning News, Dallas Times Herald, and Minority Business News USA. His books include It's a Mad, Mad, Mad, Mad Trip [2014], Walking through the Wall [2012], A Parent’s Guide to Dallas/Fort Worth [2003], and And Justice For All: The Untold History of Dallas [2000], He has received awards from professional and community organizations, including from the Maryland-Delaware-Washington, D.C. Press Association, Dallas Press Club, Bethesda Literary Festival, Texas Press Association, American Cancer Society, Suburban Newspapers of America, and Mental Health Association. One of his landscape photos placed fourth at the Texas State Fair and was exhibited there. He is active in community organizations, including his kids' Scout troops and sports teams. An avid environmentalist and longtime member of the Sierra Club and other organizations, he was a part of the longest group walk for a cause in 1984-85, covering some 7,000 miles. He and his kids also hold the record for the longest roughly two-week family road trip.The walk and long road trip were the subjects of two of his books. 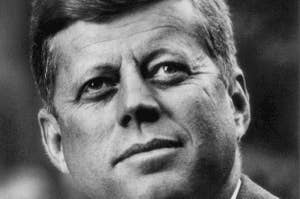 Why The Continued Fascination With JFK On His Would-Be 100th Birthday?

Many seek a time of feeling more hope and idealism that was found on the morning of Nov. 22, 1963 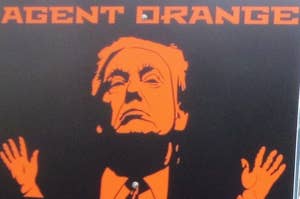 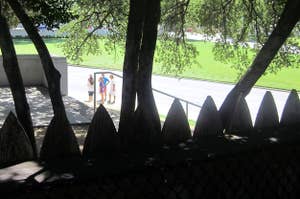 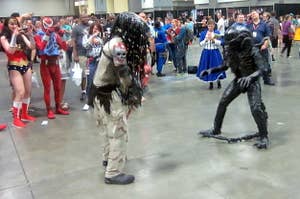 Geeky event leaves at least one attendee feeling gouged. Even the ATMs ran out of money there. 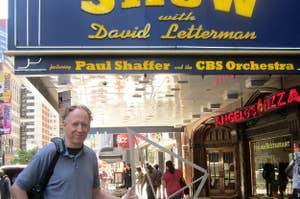 Despite years of campaigns, the U.S. recycling rate is only 35 percent, lower than many countries like Austria, Germany, and Belgium. A new Kickstarter project aims to help increase the rate through artwork that uses pieces from the Late Show with David Letterman set.