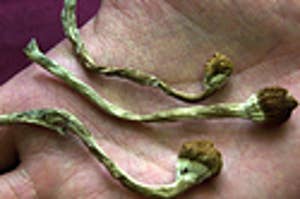 Kid Eats Mushrooms and Goes On the Adventure of His Life

A young Stafford man was arrested last night in connection with an incident during which he was running around naked and got hit by a slow-moving train, police said. Sheriff’s spokesman Bill Kennedy said the subsequent investigation revealed that the 18-year-old suspect had eaten magic mushrooms prior to the bizarre incident. Kennedy said police were called at 7:30 a.m. Saturday by a woman who’d seen a young man running completely naked on Camden Drive in Clearview Heights subdivision. She said the man was yelling at himself when he looked at her and asked if she was OK. The woman responded that she was, then asked if the suspect was OK, Kennedy said. The suspect then began screaming and cursing at the woman, who ran into her home and called the Sheriff’s Office. Deputy Jason Hierwarter responded and found several residents who had seen the naked display. But deputies were unable to immediately find the man. About 30 minutes later, Kennedy said, police were notified that a CSX train had struck a naked man in the area of Butler and Cool Springs roads. The train conductor told police that the trains were traveling about 9 mph when he saw the man near the tracks. After he sounded the horn to warn the man, he got on the tracks and walked directly toward the oncoming train, police said. The conductor put on the brakes, but couldn’t stop before hitting the man, who disappeared from view following the contact. The conductor found the man sitting under the third car of the train convoy. He ran off before deputies and medical workers arrived. Deputy Shawn Lindsay found the suspect a short time later and got into an altercation with him. He broke free after striking a deputy and ran into the woods screaming and cursing. Kennedy said he was finally taken into custody by four deputies. The teenager, who was kicking and cursing the whole time, was bleeding heavily and had a “significant” laceration on his forehead, Kennedy said. The suspect was taken to Stafford Hospital, where he stayed until last night. James Lampiris, who lives in the Clearview Heights area, is charged with indecent exposure, obstructing railroad operations, obstructing justice, trespassing on railroad property, being drunk in public and four counts of assault and battery on a police officer. 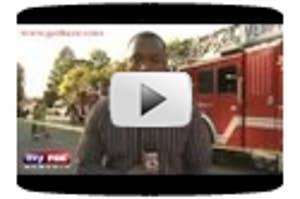 What a bitch...there is a special place in hell waiting for her.