What the prime minister's letter triggering Brexit tells us about how we're going to leave the EU.

Theresa May officially started the process of Britain leaving the European Union today, when a six-page letter from her was hand-delivered to Donald Tusk, the president of the European Council. This set the clock ticking on a fraught negotiation process with a strict two-year deadline – during which Britain will have to negotiate a huge number of tough challenges if Brexit is to be a success.

May's letter – which was signed by her yesterday evening before being sent to Brussels on the Eurostar in the care of UK ambassador Sir Tim Barrow – was a necessarily formal part of the process for leaving. But it also gives us some clues about what the British government's plan for the upcoming negotiations might be, and where the greatest dangers may lie.

Click or tap the red circles to read the annotation of that section. 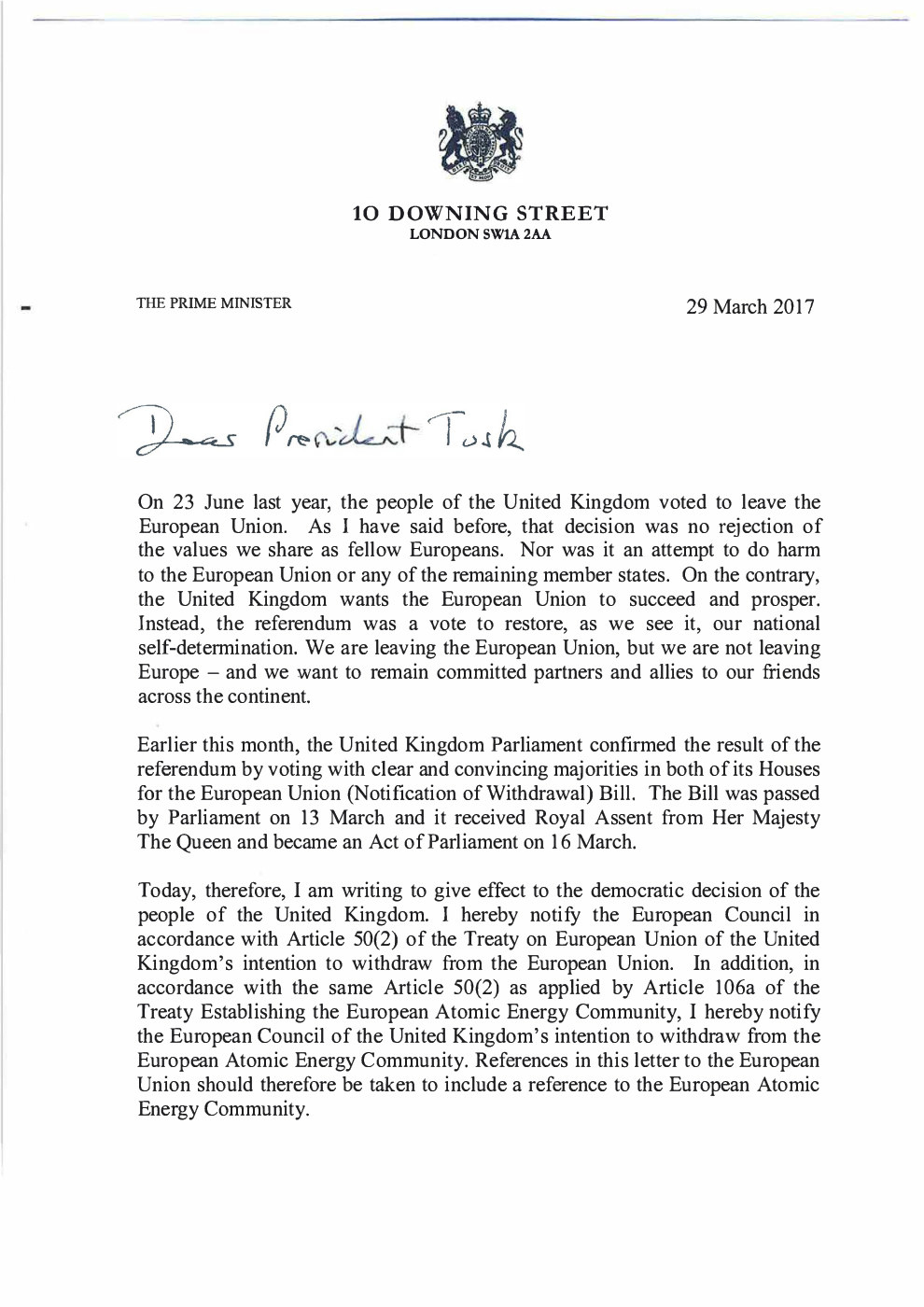 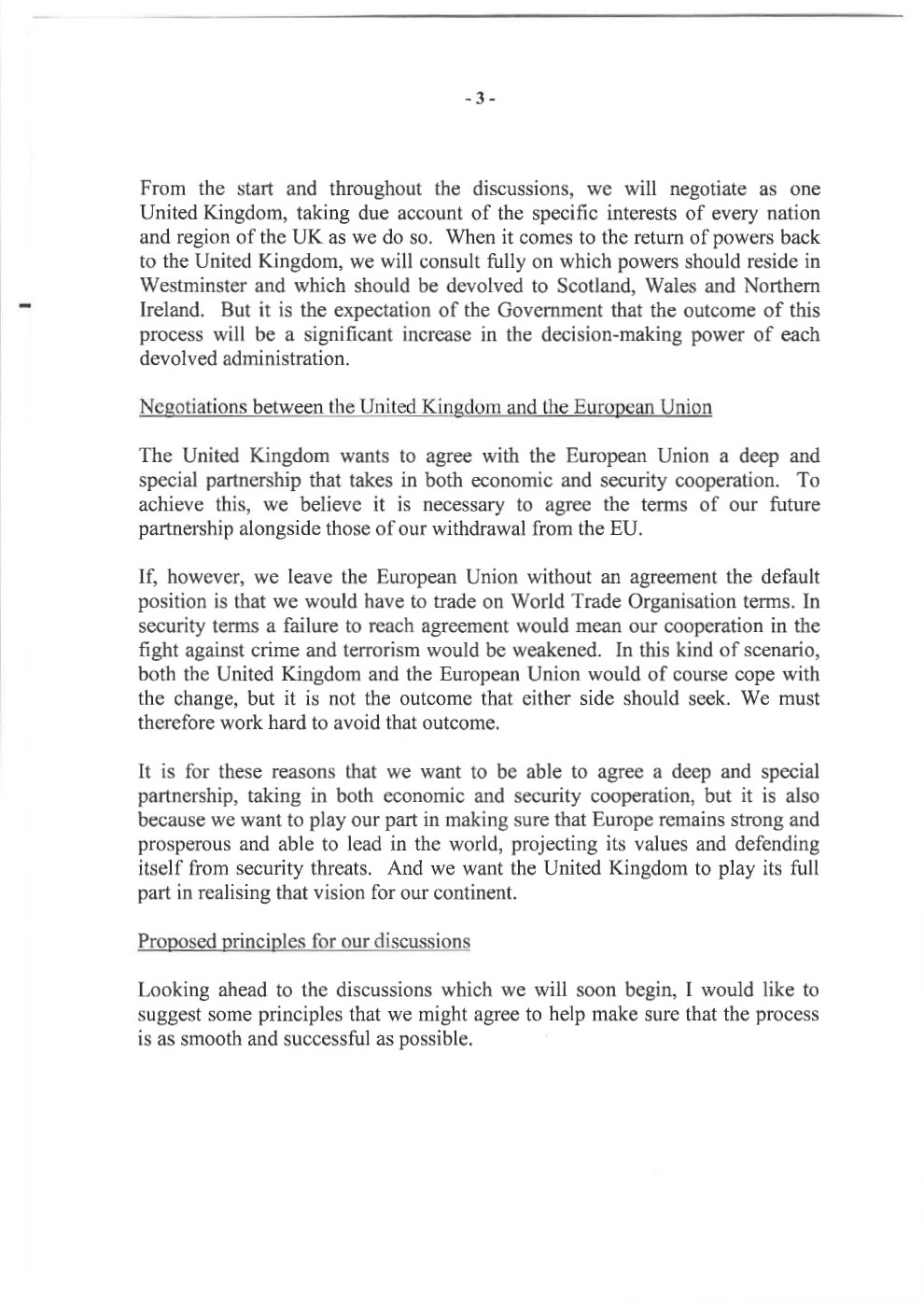 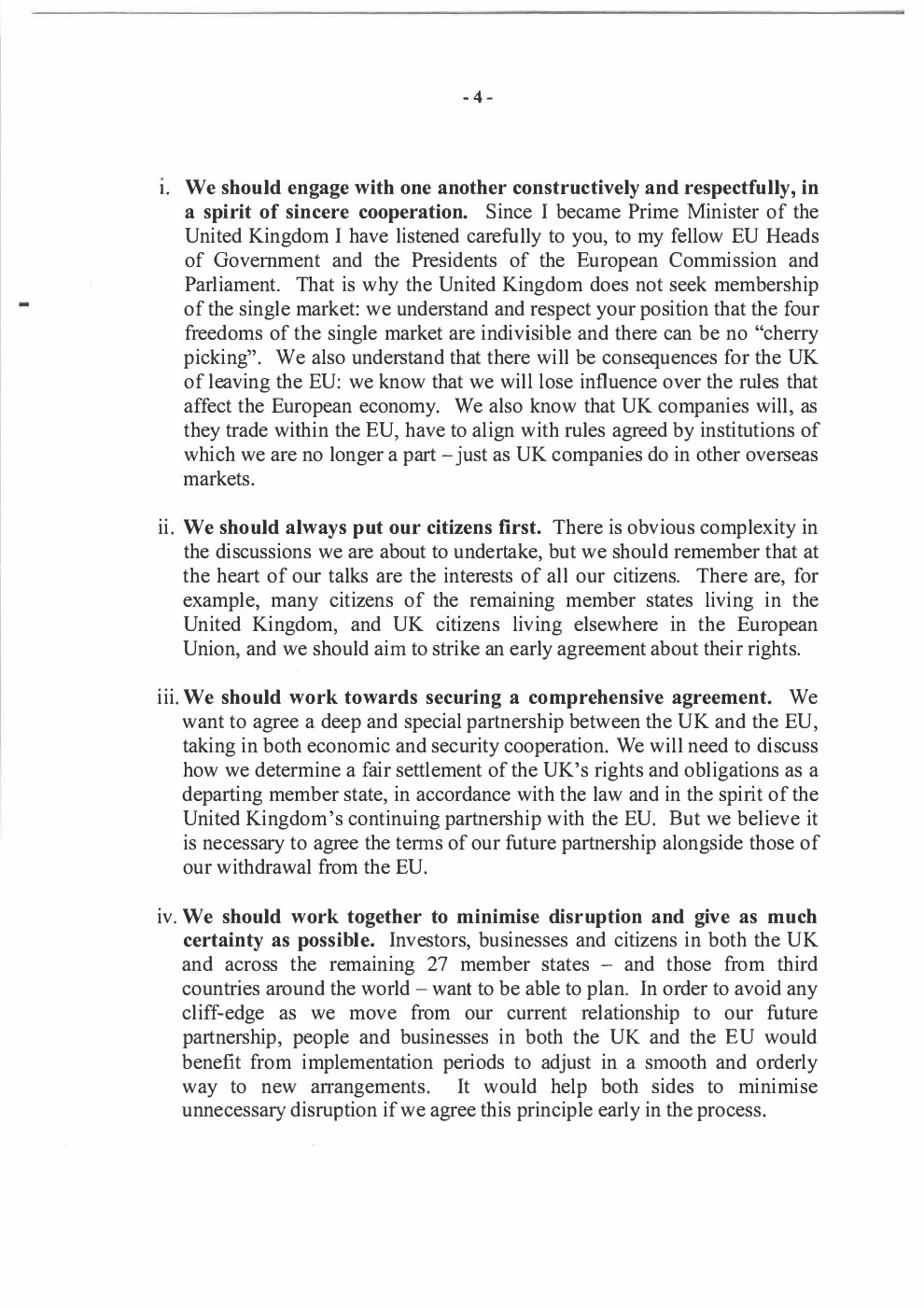 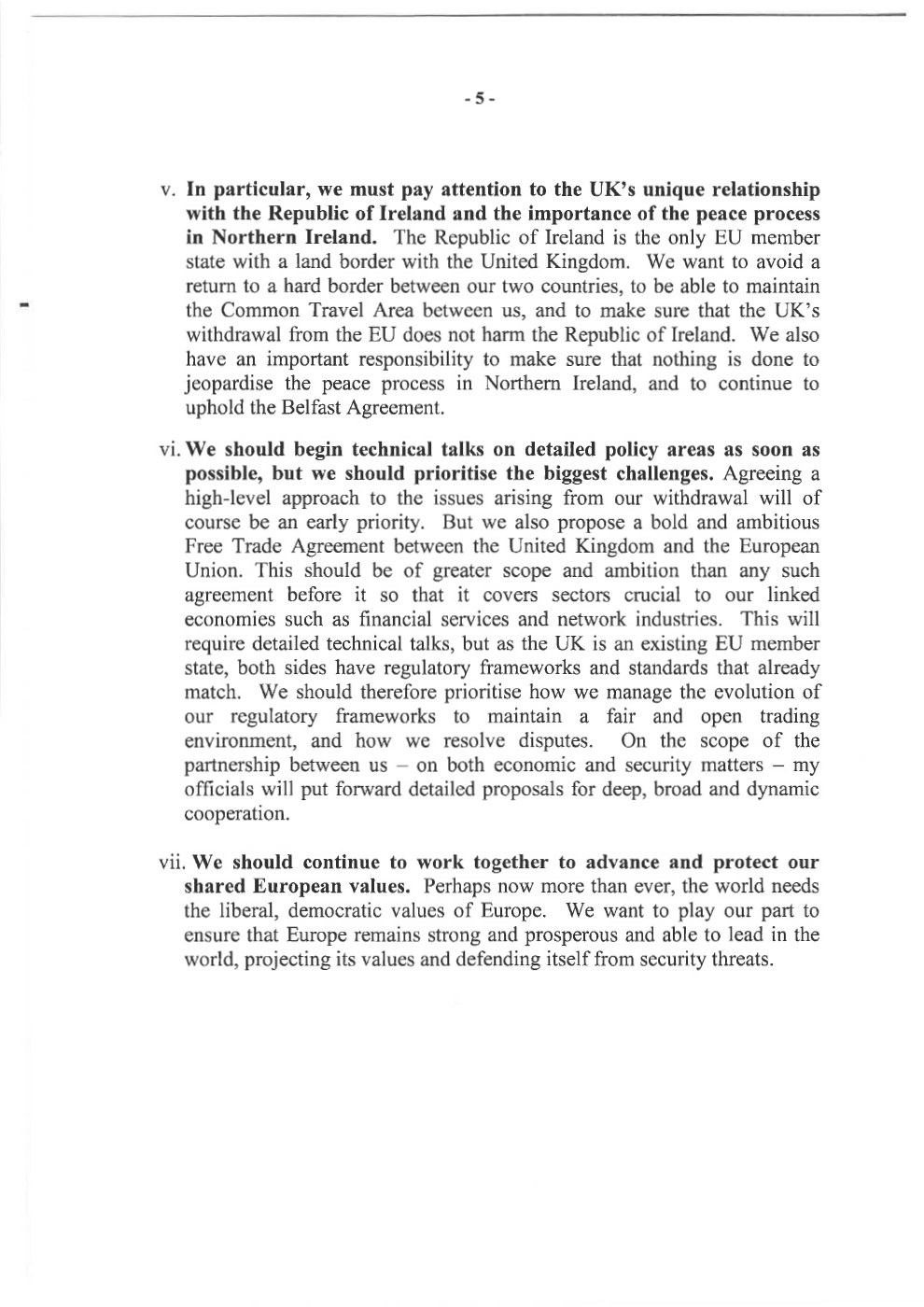 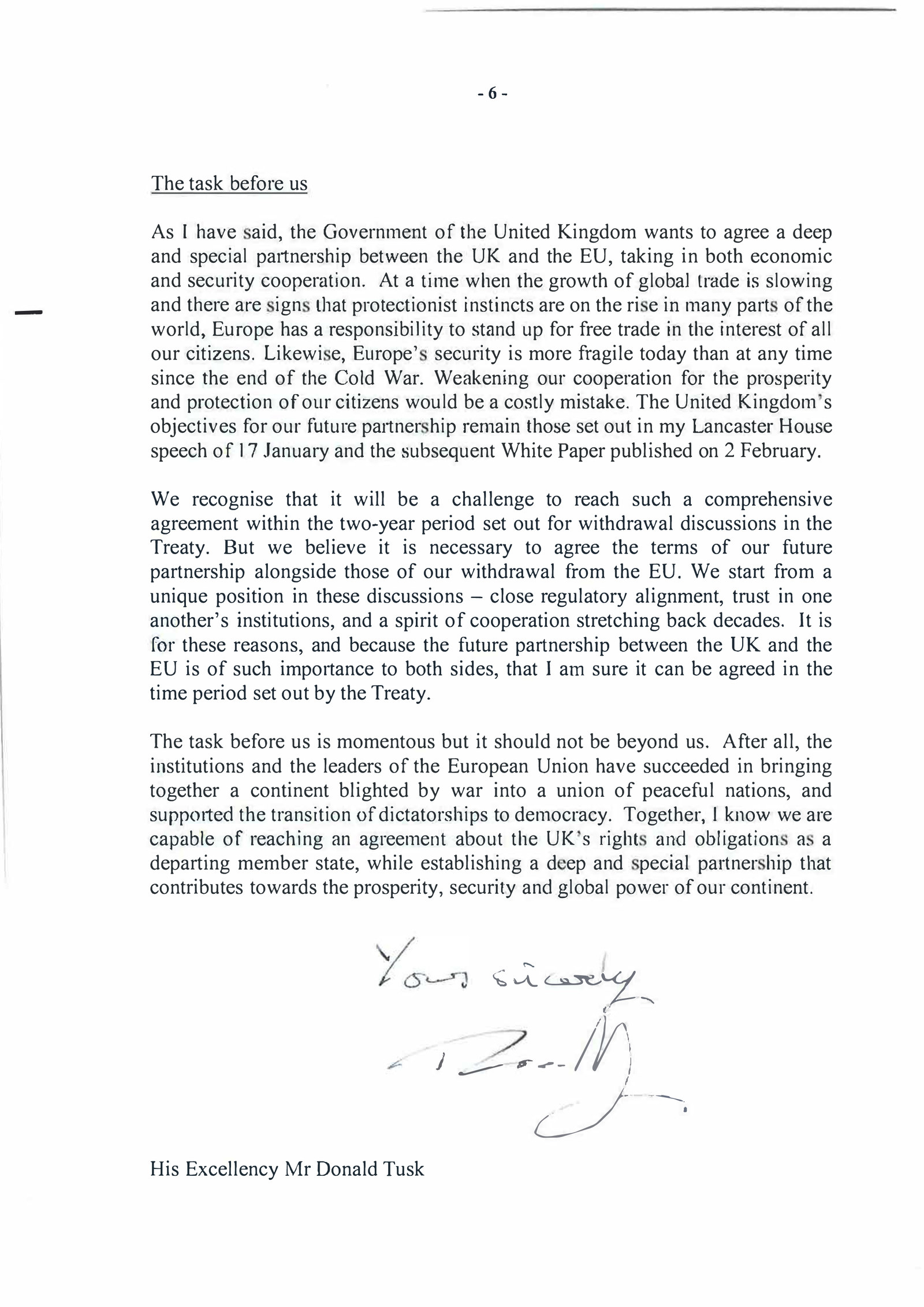 Tom Phillips is the UK editorial director for BuzzFeed and is based in London.

Paul Curry is an editorial developer for BuzzFeed and is based in London.